The Covid-19 restrictions meant that this year’s AGM was held online on Thursday 18th February.

171 members participated in the meeting to hear LCCU board chair David Morgan acknowledge the difficult year everybody has faced and pay a tribute to the sacrifices people have made. He told members the credit union has not been immune to the difficulties faced by many companies. As a result of multiple lockdowns we incurred a significant loss in the second half of our financial year to September 2020. This was due to a shortfall in loan income and extra provisions for bad debts as a result of some members facing financial difficulty.

The board of the credit union announced two changes ahead of the AGM in response to the impact of Covid-19. A savings limit of £30,000, and a one-off member levy of £10 for members with a Saver Plus balance of more than £100. David Morgan said that these were difficult decisions for the board but along with the 10% reduction in costs already achieved, they would help the credit union restore its finances so it could continue helping its communities in the long-term.

James Etherington, Finance Committee chair, explained that we had budgeted for a small surplus during the financial year but the decline in new loan business since March 2020 and provisions for lost credit repayments contributed significantly to the loss. In this year’s accounts our new auditors also made a historic adjustment of £400,000 related to previous loan provisions. This meant our Capital to Assets Ratio stands at 4.4% – below the regulatory threshold. James explained that for every £100 in savings we need to hold an additional £8 of capital and James explained this was behind the decision to introduce the member levy and the cap on saving deposits.

Vice-chair, Jade Onashoga congratulated Peter Edwards on being appointed the new permanent CEO of LCCU and she questioned him on the credit union’s response to the pandemic.

Peter spoke about the efforts to keep three branches open and to continue accepting member loans whilst many other credit unions had withdrawn this service. He hoped members would see the loan interest rate reduction introduced during the first lockdown as a sign that the credit union is on their side.

He also said the deposit cap will effect fewer than 1% of members and he thanked members for their understanding about the introduction of the one-off member levy. He also put on record his gratitude to all the staff of LCCU, including the senior management team (SMT).

The best way members can support the credit union is – whenever they need a loan – coming to LCCU rather than going elsewhere. He also encouraged members to do their banking with LCCU by setting up a credit union current account.

Jade Onashoga invited members to ask their questions. In response to one, Peter, reaffirmed LCCU’s commitment to retaining a branch presence. The board and management see branches as necessary to being at the heart of the community and helping members. Branch opening times are currently reduced as a response to the restrictions in place but this is kept under review.

A handful of members questioned the £10 levy. Board members reiterated that this is a one-off charge introduced in response to the exceptional circumstances we have faced in the last year. There is currently no plan to make it an annual fee and, while the board accept it may be unwelcome, nobody had yet closed their account as a result. The introduction of a £30,000 savings cap will mean any funds in excess of that amount will have to be transferred or withdrawn.

In response to another question Sarah Johns, chair of the Loans Committee, set out some of the operational changes that the credit union has made to ensure it is in a position to grow. The introduction of semi-automated decision-making on loans, as well as electronic signatures, mean people can agree a loan without visiting a branch. We have doubled the advertising budget to ensure we continue attracting new members.

A question about the telephone support led Peter Edwards to acknowledge the difficulties members have sometimes faced in contacting the credit union. He asked members to bear in mind that demand for this service has grown while at times we have had to operate with fewer staff. He said we are investing in a new phone system to manage the increased demand but he also reminded staff that accounts could be managed online.

Steven Cunningham from Alexander Sloan highlighted some of the key figures in the accounts and summarised the report of the independent auditor. Due to the loss made this year, and the ongoing uncertainty arising from Covid-19, he referred to the material uncertainty relating to going concern status before noting the actions taken by LCCU post-year end which would boost reserves including a) the sale of the Roman Road property; and b) the winning of a £100,000 grant from the London Borough of Tower Hamlets.

In response to questions Steven said he was unable to speculate on the financial position in 12 months’ time and added that many credit unions currently find themselves in a similar position. In response to another question he confirmed corporation tax is still payable on some income streams, even when an overall loss has been made.

Sam Goodacre, chair of the nominations committee, thanked three members of the board who stepped down at this AGM: Mathew Gaskin, Grenville Bingham and Ian Moseley all of whose work as volunteers has helped build LCCU. Each retiring director was thanked and said a few words about their involvement in the credit union.

The meeting voted to accept the nominations committee report to elect the seven members standing for election. They were:

Lena Pamphile and Grenville Bingham were accepted onto the credit committee.

The following resolutions were passed:

The board is dedicated to delivering a surplus to members in a sustainable way. This year, with consideration of the loss incurred, concern for meeting the regulatory Capital Adequacy Ratio, further significant investment in staffing, and based on the advice of the auditors and the management team, we wish to resolve that no dividend payment should be made to members for the period under review.

Be it resolved that the firm of Alexander Sloan be appointed as auditors for the next financial year.

The Covid-19 pandemic has created an exceptional variation in the credit union’s performance compared to its financial plan. The credit union’s continued presence in the community for the next 20 years is essential to the purpose of poverty alleviation.

Members acknowledge the necessity of the credit union management’s decision to administrate a levy of £10 on 12 April 2021 on all active adult members with a SaverPlus balance of £100 or greater as of 31 March 2021 in order to further the sustainability of the credit union and support progress towards meeting its regulatory reserve requirements. 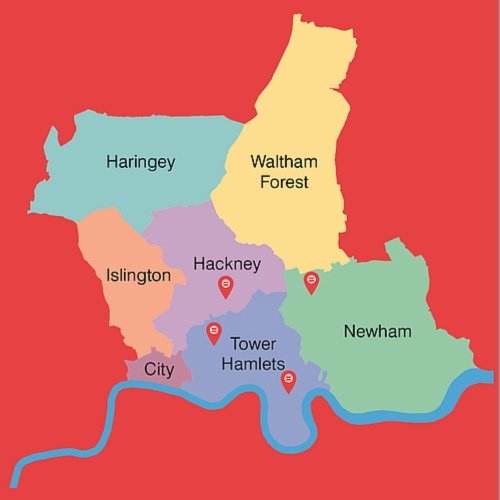 What is a credit union?

Rules of the Credit Union